The fundamental rule of political analysis from the point of psychology is, follow the sacredness, and around it is a ring of motivated ignorance.

Sacredness is an epistemic phenomenon in human groups; it limits what we can say and even what we can think. This is true even among groups which explicitly identify as non-religious.

Sacred beliefs are supported both by rituals and by stories; the sacred stories are the ones that cannot be challenged. The folklorist Linda Dégh describes these as “legend-like narratives that enforce belief and that deny the right of disbelief or doubt, narratives that express majority opinion and are safeguarded by moral taboos from negation and, what is more, from deviation” (“Tape-Recording Miracles for Everyday Living,” in American Folklore and the Mass Media, Indiana University Press, 1994; emphasis mine). Dégh’s examples are “religious (Christian, hagiographic, or saint’s) legends,” and the “patriotic (heroic) legends dispensed through school education by governments, confirming citizens in civil religiosity.” Ostensibly secular societies still form moral communities that insulate certain beliefs from scrutiny. We may not really question the harmfulness of tobacco or the benefits of breastfeeding, for example, and remain truly polite.

One of the most important sacred stories is the subversion myth – the story about a bad group of people doing bad things and thereby causing all of our problems. The folklorist Bill Ellis describes some features of subversion myths in his book Raising the Devil: Satanism, New Religions, and the Media, which I will quote at length in graphic form. I invite you to consider the dueling sacredness stories about the killing of Mike Brown in Ferguson when thinking about subversion myths and how they work:

Sacredness is serious business. In a time like our own, in which religious practices and beliefs are nebulous and in flux, competition for holiness and piety can be lucrative, in terms of social status and mating opportunities as well as material benefits. People and institutions that compete to define sacredness, and to judge which speech and actions are compatible with sacredness, may be thought of as religious entrepreneurs, using terminology from Seth Abrutyn’s Religious Autonomy and Religious Entrepreneurship: An Evolutionary Institutionalist’s Take on the Axial Age. While Arbrutyn is concerned with religious movements thousands of years in the past, the model is surprisingly applicable today. Religious evolution, says Abrutyn,

is a product of religious entrepreneurs creating, combining, articulating, and struggling to impose new cultural assemblages on other strata of society in ways that can reconfigure the broader societal frameworks for (inter) action, exchange, and communication.

A religious entrepreneur can only be successful when existing power structures permit his activities or are too weak to oppose them, and when a surplus of material production makes his work possible, even though it is not productive in the material sense. These were true of the Axial Age, and are true of our own age as well.

A major religious entrepreneurial activity of our time is journalism. Writers and organizations attempt to establish themselves, in Abrutyn’s terms, as having “a legitimate claim to sole, or dominant, authority over the production and distribution of resources associated with sacredness, truth, and knowledge.” Gawker and its associated websites (including Valleywag and Kotaku) are a particularly shrill example of entrepreneurship of the new religion. A few months ago, Sam Biddle of Valleywag took up a sacredness crusade to argue that my friend Justine Tunney should lose her job at Google because her tweets violated the new sacredness that Gawker and its associates endorse.

Journalists-cum-religious-entrepreneurs argue for much worse things than firing women in technology, though. Today’s clickbait (presented to you in an unvis.it epistemic condom, don’t worry) argues for the surprising conclusion that riots, are, in fact, good, from a dispassionate economic perspective:

Thus far, the rioting question has been focused on whether it’s good or bad, as if those are the only two answers. From an economic perspective, surely the question is whether the level of rioting is optimal: Do the potential benefits of Ferguson rioting as a police sanctioning tool outweigh its immediate wealth destruction? I suspect it does and, in fact, that the current rioting level is likely economically suboptimal.

Matt Bruenig’s diction earlier in the piece indicates that he does not intend the piece to be interpreted as a dispassionate analysis. However, he interprets the question through the framework of economic efficiency, indicating aspirations toward that field’s inherently dispassionate framework. In a sense, he attempts to desacralize the harm of rioting, comparing it to the harm of police killings (both translated into dollars by means that I am sure are completely free from sacredness bias, as of course jury awards of damages are). Bruenig also assumes that rioting is an effective method of preventing these other harms, pointing to the Boston Tea Party (via a link) as an example of a riot that got results. In recent years, the pattern in the wake of riots has been that of demographic replacement; in both South Central Los Angeles and Watts, local black populations declined in favor of immigrant populations. If harm to black people were really the deepest concern of these religious entrepreneurs, the stark reality of the aftermath of riots would be relevant to the analysis. Since it violates the sacredness narrative, it is elided.

But most importantly, a genuinely sacredness-blind analysis would include many items that Bruenig does not mention. What, for example, are the economic benefits of police killings? Such a question obviously violates sacredness rules, and the fact that it is not asked indicates that there is unexamined sacredness underlying Bruenig’s article.

Bruenig cites Gary Becker in particular in favor of an economic efficiency analysis of social phenomena. Becker, along with his frequent collaborator Richard Posner, have performed some of the most interesting economic analyses of social phenomena of our time. I think that their ability to stand back from ambient sacredness is what makes their work so surprising and fascinating. Their desacralized economic approach to suicide, for example, would not be possible by thinkers clinging to cultural suicide taboos. Ian Ayres and John Donahue compared Posner’s genius to that of the “erratic” work of composer Franz Liszt; Posner, they say, “does not always manifest a proper appreciation of…limits on economic analysis” – the limits imposed by sacredness, as with his famous “rape license” hypothetical. This is precisely the root of his and Becker’s genius – seeing through some of the illusions that sacredness maintains, including impolitely noticing the existence of the ring of motivated ignorance itself.

I wrote about the sacralization of rape in Rape, Humor, Liberals, and the Sacred back in 2011 (when I still considered myself a liberal, albeit a crappy one), identifying Posner’s “rape license” hypothetical (discussed by Ayres and Donehue, linked above) as an insightful sacredness violation. In a recent piece of religious entrepreneurship, economist Noah Smith latches onto a similar violation by Robin Hanson, and attempts to connect it to the (sacralized) harm of women being underrepresented in economics.

Rape functions as a sacred taboo, its harm spreading to infect even words associated with it and discussion of the topic itself. In fact, Hanson’s argument is very similar to Bruenig’s, seeking to compare two kinds of harm that are differently sacralized. Posner’s infamous rape license example is explicitly an analysis of economic efficiency. The only reason Smith would forbid them in this context is the sacred nature of rape.

What motivated me to take graduate-level economics classes in college and to study law and economics in law school was precisely what Noah Smith seeks to prevent: scholars like Becker and Posner offering a domain in which secret knowledge might still be had, in which the veil of sacredness was lifted so that the naked processes of peopling might be gazed upon. It never occurred to me to feel excluded from economics because mysteries sacred to my sex were dispassionately analyzed: quite the opposite. It was the audacity of thinkers like Becker and Posner that made me feel free to write a book that is basically a series of sacredness violations wrapped in sacredness analysis wrapped in a Jack Kevorkian painting. 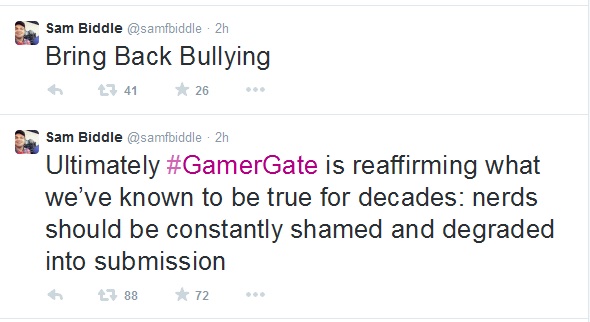 Rather, they are concerned with establishing themselves as priests of the new religion, with “sole, or dominant, authority over the production and distribution of resources associated with sacredness, truth, and knowledge” (Abrutyn). Who are these would-be priests? Why are they so effective as religious entrepreneurs? What can be done to limit the damage they do while respecting traditional notions of free speech?

One of my favorite trolls (and that is high praise), Pax Dickinson, was actually fired from Business Insider for tweets that, in the opinion of the new priesthood, reflected insufficient respect for the new sacredness. His new venture, currently in fundraising stages, would investigate the new priesthood and attempt to answer some of the questions posed in the previous paragraph. A recent article by J. Arthur Bloom provides more case studies of sacredness in action in relation to the project, which I fully support and encourage you to support, too.

But that I encourage the challenging of this new, insidious sacredness does not mean that I think society can function without any sacredness at all. As I have written, this is a complex inquiry; we need sacredness, but it should be designed to help us flourish, rather than impeding thought, fun, beauty, and safety. The question of sacredness is too important to be left up to journalists.

18 thoughts on “Sacredness As Practiced by Religious Entrepreneurs: Rape, Riots, and Economic Efficiency”